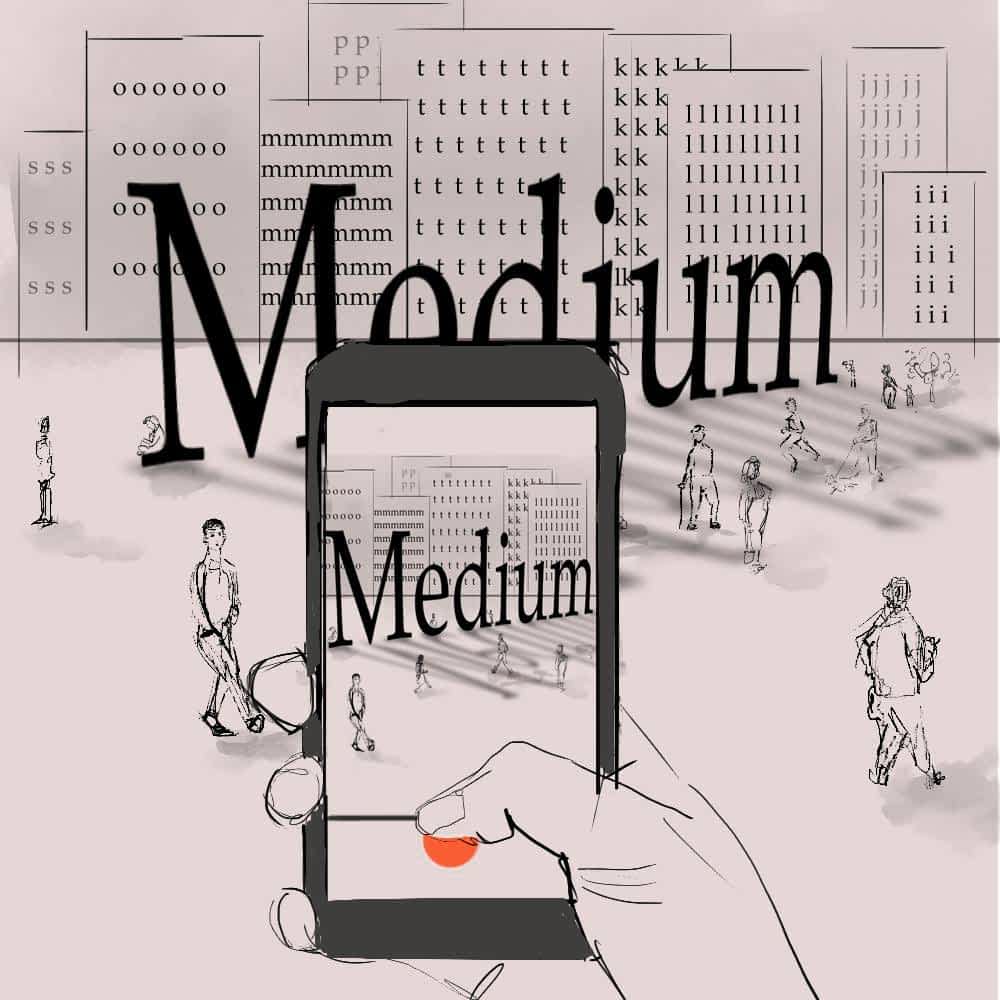 This article explores 5 Reasons why Advertising through Video is Effective. The article comments on the ideas of Marshall McLuhan whose work is considered a cornerstone of media theory. He was famous for his expression “the medium is the message” and predicting the establishment of the World Wide Web almost 30 years before it was invented.

Why Advertising through Video Is Effective

Contents show
1 1. Communication relies on the medium before the message
2 2. Videos are the new word of mouth
3 3. Oral and Visual Connection (Both Left and Right side of the Brain)
4 4. Your Shop Window facing the Globe
5 5. Information is the chapter in Marketing

1. Communication relies on the medium before the message

The Medium is the Message.

You may have heard of Marshall McLuhan’s”the medium is the message”. McLuhan’s discourse is far more complex than this popular synopsis, it is now acknowledged how the form in which the message is conveyed is more influential than the content itself. That is because the criteria by which communication is organised has the power to re-arrange the deep  structures of the way we think and ultimately the way in which we behave.

Think for instance of how television has changed our form of mind, setting new habits and modifying the environment, transforming it into the reassuring, living-room family gathering in front of the TV screen. A comparable revolution today would be social media. This technology has totally reinvented the concept and practice of public relations and the way we communicate and consume information. This has made the exchange of information an extension of our brain network giving it a high-speed ability of sharing and signal. As such, movies and videos play a huge role in human communication. Beyond transmitting just content, these videos are able to satisfy our inner, contemporary needs of being entertained and involved with minimal effort and allowing us to be in more than one place simultaneously and instantaneously. In this way, videos influence our mindset, converting the linearity of connections to a more immediate configuration, promoting a quicker and more effect response to content both emotional and rational.

2. Videos are the new word of mouth

Trust is our compass for life choices. We take a certain pathway because we trust it is for the best. However, wealthy societies are based on satisfying new emerging desires and can offer such a multitude of choices which only a few decades ago was unthinkable to feel overwhelmed and unsure. Trust is the antidote to this and word of mouth is the help for people to simplify their lives and save precious time. The best way to build trust in through connections which are built through face to face. Through these words, connections are made and delivery of these words through video can only be attributed to the advancements of technology which allows these faces to be readily available and designed to speak to individuals directly as if they were standing right in front of them.

Video is a medium through which words, thoughts and people themselves can express themselves. Visual interaction can be developed through the use of pictures, design, symbols and creative flair. Through the use of video interaction elements, you can simulate the illusion and immerse the viewer in your created world allowing participation from wherever they are in the world. Successful video encourages viewers to get involved and entice them to share and spread the content which can create buzz around your brand and help establish the element of trust.

3. Oral and Visual Connection (Both Left and Right side of the Brain)

Video Production; The Medium Is The Message

Videos are so effective and shareable because they stimulate our intellect as well as our emotions. Oral Communication was prevalent before the invention of the movable typewriter by Gutenburg in the XV Century. This marked a caesura momentum shift for our society as print culture began and started to shape our cognition differently or as McLuhan would say, “visual homogenising of the experience”. Like never before in the history of human kind, have we been exposed to such a degree of multi-sensory stimulation.

These days, screens and videos are everywhere and they don’t just involve our vision. They include sounds, music and colours designed to stimulate our emotions. Given the power of the mind, reading a newspaper mainly involves the logical left side of the brain to collaborate data but at the same time promotes the effort from the right side of the brain (intuitive side) to complete the information. On the other hand, videos and movies anticipate our imaginative mindset fulfilling us with images directly nourishing our subconscious. We are led to follow the logical narrative of the content which shapes our emotions and makes us promote empathy and feeling toward what we are watching.

In other words, videos put the viewer automatically in a totally relaxed position of passivity, where no effort is required for participation. This stimulates a deep openness to absorb content directly with no critical filter in viewing the content. No wonder new media is considered so powerful and highly manipulative at the same time. No tool has ever been so incisive to articulate information and ideas.

4. Your Shop Window facing the Globe

Once upon a time, you would have just ambled down the streets of your town, strolling around, looking at the shop windows for something suitable. Obviously, for a shop owner, to be located in the city centre, around the square or the mall would have been a great advantage for the business. Although this still holds true, nowadays things have changed and if you want anything you are more than likely to look up the item on Google first. In fact, you would become iengaged with a product just through roaming around Facebook, INstagram or even YouTube. That is because as McLuhan suggested, technology has reduced a huge planet that historically took months to be navigated through, into a Global Village with the dimension of a click. Location does not have as much relevance anymore as long as your business exposure in the World Wide Web is wide enough; and through the medium of video, you actually have a shop window broadcasted to the entire world at anytime. Fancy huh?

The Medium is the Message.

5. Information is the chapter in Marketing

Here is another point where McLuhan saw ahead of time. Although the Canadian sociologist died about ten years before the invention of the World Wide Web, his forerunning mind brought him to prophecies: “the next medium, whatever that is – it may be the extension of conciousness – will include television as its content, not as its environment, and will transform television into an art form. A computer as a research and communication instrument could enhance retrieval, obsolesce mass library organisatin, etrieve the individual’s encyclopaedic function and flip into a private line to a speedily tailored data of a saleable kind.” Sounds familiar?

For the first time in our history (that includes the invention of writing), information and data are available with user-friendliness that no one could have even imagined before (except for McLuhan of course). The result today is that information and knowledge is actually that, which detains the true value. The old and manipulative rules of marekting are obsolete as the audience wants to first of all be informed, rather than convinced. Again, videos are the most effective tool in order to create shareable knowledge that will ultimately turn into practical leads.

The return on investment is very high on videos beacause it is a multidimensional shaped medium that allows a better comprehension of what is the message and thus the product or service you are selling. Remember that people are looking fo rhelp to solve their problems and your video is your chance to tell them clearly and effectively what you can do for them – creating true value. 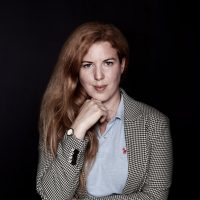 Sofia is Adcraft Studio's brand specialist and Creative Director. She handles brand strategy and brand identity for our clients. Sofia is an out of the box problem solver, building stronger brands for our clients.

Follow AdCraft Studio on our social channels to say up to date with all the latest news. 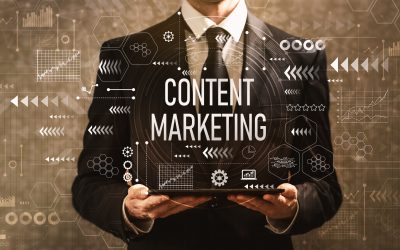 5 Steps To Increase Sales With A Content Marketing Strategy

What is Content Marketing ? Content marketing is the art of providing relevant content to your audience without explicitly selling them your product or service. When you sell anything of value, you need to communicate the significance of that value. This value is... 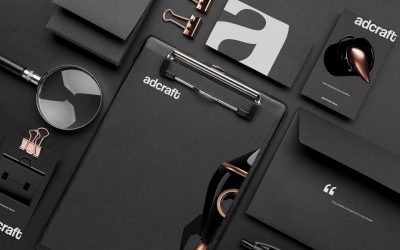 The Power of Branding

The Power of Branding and DesignAs an Art Director specialising in Branding, my approach to any project considers thoroughly how the design will function both digitally and environmentally.  Brand Design, indeed, needs to be organically functional, must be... 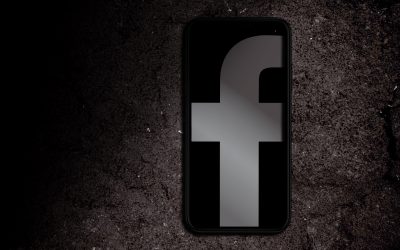 Is Facebook Advertising still effective as a marketing strategy for my Business?

What the Apple iOS updates are and what changes to expect.Apple has implemented a new update for its devices called iOS. Put it simply, Apple is requiring all apps in the App Store, including Facebook and other Social Media platforms, to show a prompt to Apples’...